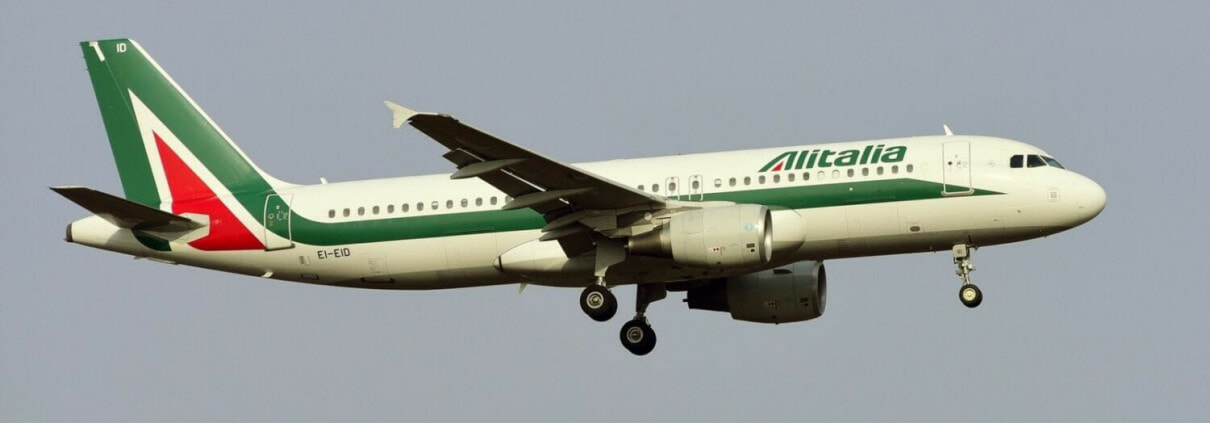 Italy’s flag carrier Alitalia has started bankruptcy proceedings for the second time in ten years. Its employees have said ‘no’ to further cuts that would have followed the $2.2 billion recapitalisation plan proposed to save the struggling carrier.
The airline’s shareholders have voted in favour of special administration. Etihad which owns a 49% stake in Alitalia have refused to invest further cash.
According to Italian legislation the government must provide stop-gap funds to keep the airline running. A company statement said “Alitalia’s shareholders meeting, convened today, noted with deep regret the outcome of the referendum among the employees. The negative vote has determined the inability to implement the relaunch and restructuring of the company”.
The airline has said their flight schedule will remain unchanged.
The government has not said whether it would be willing to re-nationalise the carrier, although the figure of the bridging loan during bankruptcy is €400 million. Bankruptcy would lead to the loss of 12,500 jobs.
An opinion poll published on 29th April suggests that 77% of Italians believe the government should not rescue the airline. During the last decade, the carrier’s struggles have cost Italian taxpayers more than €7 billion.
We will bring you more news when we have it although it is anticipated the airline will be put up for sale.
https://www-flightdeckfriend-com.exactdn.com/wp-content/uploads/2017/05/Alitalia-A320.jpg?strip=all&lossy=1&quality=100&ssl=1 1067 1600 Barry https://szotd5xgc7mw.wpcdn.shift8cdn.com/wp-content/uploads/2019/07/FDF-Logo-2.png Barry2017-05-12 07:46:352017-05-12 07:46:35Alitalia facing bankruptcy once again
0 replies

Air Travel customers stranded in Portugal
To help personalise content, tailor and measure adverts and provide a safer experience, we use cookies. By clicking on or navigating the site, you agree to allow us to collect information to help improve your browsing experience. Find out more.
Scroll to top