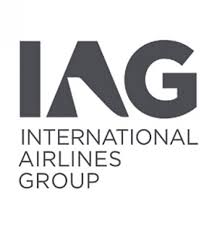 IAG is still interested in acquiring Norwegian but will sell its shares if no deal can be agreed.

IAG bought a 4.6 per cent stake in Norwegian this year to initiate takeover talks.

Willie Walsh said that it continued to look at Norwegian, but added: “If that conversation doesn’t go anywhere, and it’s clearly not going anywhere at the moment, we are not going to hold on to those shares.”

Walsh was speaking as IAG reported a doubling in pre-tax profits to €1.7 billion for the first half of this year.

It missed expectations for the second quarter, partly due to French air traffic control strikes had disrupted flights. The Independent noted that IAG has joined forces with other carriers to complain about the strikes to the EU. Willie Walsh said: “Unfortunately, French air traffic control strikes continued to challenge our airlines’ operations, causing disruption to our customers.” Shares closed down 2.2 per cent, at 668.8p.

IAG has reported strong pre-tax profit growth in its first-half results, up almost a quarter to €1bn. However, the owner of British Airways missed analysts’ consensus for its second-quarter operating profit before exceptional items, coming in at €835m, up 5.7 per cent on last year.

Vueling was particularly affected and incurred an additional €20m of disruption costs in the quarter.” The article notes that IAG has filed a legal complaint to the European Commission, alongside rivals easyJet and Ryanair, saying the strikes breach the EU’s fundamental freedom of movement.

Total revenue was up 3.1 per cent to €11.2bn and basic earnings per share up more than 140 per cent to €0.68. On the full-year outlook, it said: “At current fuel prices and exchange rates, IAG still expects its operating profit for 2018 to show an increase year-on-year. Both passenger unit revenue and non-fuel unit costs are expected to improve at constant currency.”

Carney blamed for slump in pound
To help personalise content, tailor and measure adverts and provide a safer experience, we use cookies. By clicking on or navigating the site, you agree to allow us to collect information to help improve your browsing experience. Find out more.
Scroll to top