Should I go to University or straight into Commercial Flight Training | FlightDeckFriend.com
Search

Should I Go To University Or Not?

You are here: Home1 / How to Become an Airline Pilot2 / Should I Go To University Or Not?

Should I go to University or not?

I want to be a pilot – should I go to University?

Whilst holding a degree was common place amongst airline pilots in the past, it is becoming more and more common to see prospective pilots going straight from A-Levels or secondary education in to commercial flight training. With the fairly recent increase in University tuition fees it seems this trend will likely increase further in the coming years.

There are arguments for both obtaining and not obtaining a degree before embarking on your commercial flight training.

A typical three year degree may now cost over £/€ 30,000 on tuition fees alone. Once accommodation and living costs are added onto this figure, huge student debts are becoming common place among graduates.

Even if you completed modular flight training (the cheapest way to complete flight training) and your type rating is paid for by the airline (you’d be very lucky!) then you’d be in £/€ 100,000 of debt.

You tend to earn a good salary as a commercial pilot so you will end up being required to pay all of your student loans back, unlike others in lower paid jobs where the debt eventually gets written off. Equally, as you earn a good salary, if you have UK student finance debt and work for a UK airline based, a significant amount of money will be taken from your salary every month to pay the debt back.

As holding a degree is no longer a minimum requirement to join most European airlines as a pilot, it’s a perfectly fair argument to say that accumulating so much avoidable debt simply isn’t worth it. Spending a bit extra on loss of income and loss of medical insurance can cover your debts if the worst happens, meaning you might not think having a degree as a back-up plan is worth it.

Having a backup plan

There is however, an equally compelling argument for obtaining a degree.

Unfortunately one of the risks of being a pilot is that we can lose our class one medical at any time for a whole range of reasons which can put an end to our flying career. Equally, the airline industry is also notoriously volatile and cyclic; just look at the number of pilots made redundant due to the Covid-19 pandemic.

Unfortunately there will always be airline failures as economies inevitably contract from time to time. For example, Flybe, XL Airways, Fly Globespan, Silverjet, Spanair and BMI are just a handful of airlines that have folded over the last decade or so, resulting in the loss of hundreds of pilot jobs. As many find out the hard way, it can be years until one finds employment as a pilot again, if ever.

If you find yourself in such a position, it is vitally important to have a backup plan. To be able to go directly in to employment that has a reasonable rate of pay typically requires a degree. it might be expensive, but a degree is a good backup plan if your career doesn’t pan out as hoped. Having loss of income insurance can of course help, but you still have a life to lead outside of aviation.

There’s no doubt that many people class their time at University as some of the best years of their life. It offers more than just an academic qualification, it offers life experience and an opportunity to develop as a person and build relationships. People mature at different speeds so not everyone is ready to start flight training straight after A-Levels (secondary education) and might need a few more years to develop the skills and personality needed to become employable to an airline.

It is worth noting that while many European airlines do not require a degree, it is still a mandatory requirement for many foreign airlines, particularly in the United States, the Far East and Asia.

Which degree should I choose?

If you’ve decided university is for you, choosing which degree to study and at which University is not easy.

There are plenty of degrees being offered by universities which are specific to aviation and airline pilot training (we’ve listed them here).

If you are seriously thinking of becoming a pilot and love aviation, studying an aviation degree is obviously going to be enjoyable and you tend to do well at subjects you enjoy studying. Having an aviation degree will clearly put you in a good position to commence your flight training after University.

Whilst airlines do ‘like’ aviation degrees, they are equally impressed with other core subject degrees (science, engineering, maths etc.). From a recruiters point of view, the final grading you achieved is usually more important than the subject you studied. For example a 1st class degree in media studies will probably be viewed more favourably than a 2:2 in an aviation subject as it shows you are able to apply yourself very well and to a high standard. This is an attribute which you will need to demonstrate throughout your aviation career.

Something else to consider is what type of degree you would fall back on should the worst happen and you can’t fly any more. Having a degree in a separate discipline which is unrelated to aviation may open up more employment opportunities than if you held an aviation specific degree. For example, having a degree in accounting or law is likely to open up potentially higher paid opportunities than an aviation degree would if you can no longer be a pilot.

There are both pros and cons to both the decision of whether to go University or not and what subject you should study if you do decide to go.

For most people, the choice is avoiding the accumulation of a large debt unnecessarily versus getting the university experience and all that entails along with (hopefully) something to fall back on if your career doesn’t take off as planned. It’s very subjective and ultimately a very personal decision – everyone’s situation is different. 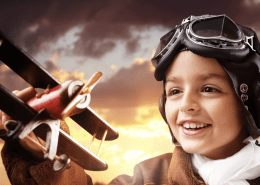 What Should I Study at School to Become a Pilot? 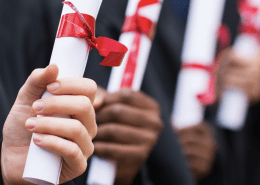 Shutter StockEducation & Qualifications Required to be a Pilot 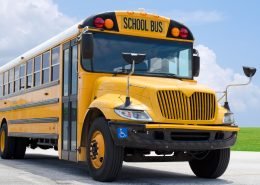 Interview a Pilot – For School Projects 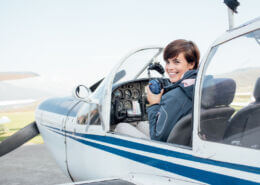 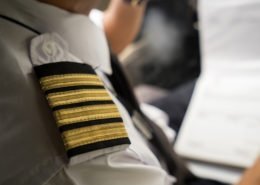 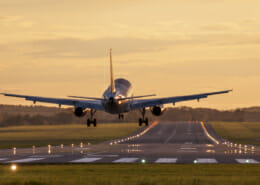 Shutter StockHow Long Does it Take to Train as a Pilot?

Do I Need to be Good at Maths to be a Pilot?
X