Do Pilots Sleep when Flying the Plane | FlightDeckFriend.com
Search

A look at the rules and regulations regarding pilots sleeping in flight.

Do pilots sleep when flying the plane?

The simple answer is yes, pilots do, and are allowed to sleep during flight but there are strict rules controlling this practice. Pilots would only normally sleep on long haul flights, although sleep on short haul flights is permitted to avoid the effects of fatigue.

Pilot rest can be separated into two categories; ‘Controlled Rest’ where the pilot sleeps whilst in the cockpit at the controls, or ‘Bunk Rest’ where sleep or rest is taken either in the passenger cabin (in a seat reserved for the pilots) or in the dedicated crew ‘bunk’ beds available on long haul aircraft.

This is standard practice throughout the industry as it is proven to improve flight safety by ensuring the flight crew are well rested for the approach and landing which is one of the most demanding and intensive phases of the flight. Needless to say, at least one pilot must always be awake and at the controls at all times.

Controlled or bunk rest is more common on long haul flights that are scheduled to operate overnight, particularly when operating within the window of circadian low (around 4am to the time you are acclimatised to).


On most long haul aircraft there are hidden beds where the pilots and Cabin Crew are able to sleep out of the view of passengers.

Some long haul flights require there to be 3 or 4 pilots due to the length of the flight and to allow a suitable sleep/rest opportunity for the pilots. The same two pilots are at the controls for take-off and landing whilst the other pilot(s) will take control for other segments of the flight to given the other pilots an opportunity to sleep. The extra pilots (i.e. the ones not at the controls for take-off and landing) are often referred to as ‘Heavy’ crew.

Most long haul aircraft have bunk beds available for both the Pilots and Cabin Crew. These are generally hidden out of view from passengers. If no bunks are available, commercial passenger seats in business or first class are set aside for the pilots to ensure a good standard of rest can be achieved.

Shortly after take-off, the first pilot(s) will head to the bunks to sleep for a set period of time, before rotating with the other pilots. The rest is typically distributed evenly amongst the crew, before all the pilots return to the flight deck approximately 1 hour before landing.

Controlled Rest in Flight for Pilots


Controlled rest allows one pilot at a time to get up to 45 minutes of sleep during periods of low workload (in the cruise). This is to promote a higher level of alertness levels during periods of high workload, for example the descent, approach and landing.

The principle of controlled rest is to allow the pilots to boost alertness and energy. It’s the equivalent of a “power nap”. Ideally controlled rest should be between around 10 – 20 minutes as this limits you to the lighter stages of non-rapid eye movement (NREM) sleep. Sleeps between 30 and 60 minutes can result in sleep inertia when you wake up, which will leave you feeling groggy similar to a hangover.

There are set rules that have to be followed when pilots take controlled rest in flight, such as:

Some aircraft also have a facility whereby a warning is sounded if none of the controls / switches / buttons have been touched for a specific time period.

Lets consider this example in terms of what is safer with resting / sleep onboard:

Two pilots are operating a night flight to Tenerife from Manchester. The report time for work is 20:00 on Monday evening, the flight is planned to leave Manchester at 21:00 with a block time (flight time and taxi time at both ends) of 04:30 giving a scheduled landing time of 01:30.

The turnaround time is 1 hour meaning the return flight departs at 02:30. Again it’s a block time of 04:30 back to Manchester giving a scheduled landing time of 07:00, the pilots would then be off duty at 07:30 and have to drive home. This is all if the flights are running on schedule.

Naturally the pilots would sleep normally overnight on Sunday (although may have operated that day to) into Monday and they would try to either lay in or go back to sleep in the early evening for a couple of hours before reporting for duty depending on how long their commute is. Effectively they are losing one nights sleep.

The question is would it be safer to allow each pilot a 30 minute nap on each sector to ensure they are more alert or to not allow this procedure at all?

Now you have the facts what do you think? 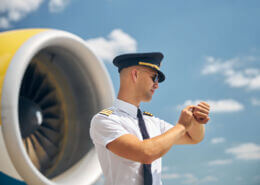 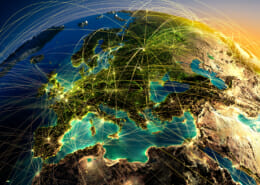 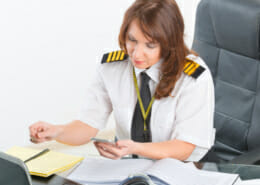 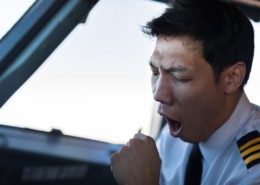 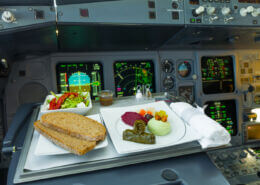 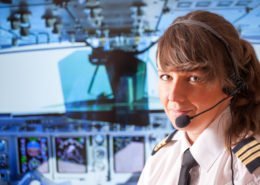 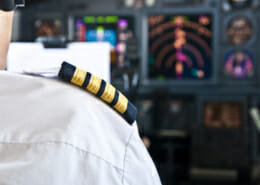 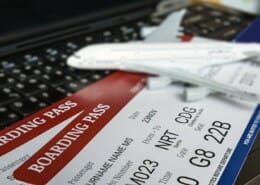 Do Pilots Get Cheap Flights?
X