The Cargolux Board of Directors approved an investment of US$ 77 million for ‘Cargolux China’, a new joint venture Chinese cargo airline based at Zhengzhou, Cargolux’s new hub in China.

The investment represents a 35% share in the new airline for Cargolux. Other shareholders in the joint venture are Henan Civil Aviation Development and Investment Co. (HNCA), which will hold 49%, Xin Gang Investment & Development Co., Ltd of Zhengzhou Airport Comprehensive Economic Experimental Zone with 8% and the Henan Airport Group Co., Ltd, which holds the remaining 8%.

HNCA, which is also a 35% shareholder in Cargolux, is a state-owned enterprise, concentrating on the development of the civil aviation industry, the construction of the Zhengzhou Airport Economy Zone, promoting the transformation and upgrading of the Central China Economic Zone by actively participating in aviation infrastructure construction and the development of related industries.

Xin Gang Investment & Development Co., Ltd was founded in Zhengzhou in 2012 as a private company engaged in construction projects and is responsible for the development of the airport economic zone.

Henan Airport Group is the operator of Zhengzhou Xinzheng International Airport, the fastest growing cargo airport in China and designated as one of eight national Category 1 airports in China.

The airport’s master plan through 2040 foresees five runways, one of which will be solely dedicated to cargo flights, four passenger terminals and expanded cargo facilities. Cargo capacity is planned to reach over three million tons annually, while passenger capacity will grow to 70 million annually.

‘Cargolux China’ will be based at Zhengzhou and is expected to start operations in 2017, focusing on transpacific and intra-Asian routes.

Its fleet is planned to grow to five 747 freighters within the first three years of operation. ‘Cargolux China’ is the youngest addition to the Cargolux Group which currently operates 26 747 freighters, including 4 operating for Cargolux Italia. With the China joint venture, the Cargolux family will expand its fleet to 30 aircraft by 2017. 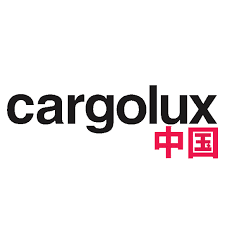 As a successful candidate you are by nature a person who embraces cultural differences yet you have settled in Europe and would like to stay there or at least permit your family to live there. We know that you will give your full dedication to your new friends and colleagues in China but we also understand the effect your job has on your family life. Your dedication, professionalism and skillfullness deserve the above average conditions that we offer. We are convinced that by joining our team you will find unequalled job satisfaction as well as proper work and family life balance.

During the assignment with Cargolux China, the gross salary will be:

Please note that we are not a recruitment agency – we bring you potential flight deck jobs of interest together into one place. If you have any queries about a specific role, you should contact the airline or agency directly. All job details were correct at the time of posting but may since have changed or been removed. We have no affiliation with Aer Lingus – All information updated is from information obtained from the airline’s website.