Eastern Airways, has been awarded the prestigious Gold Airline of the Year award 2014/15 by the European Regions Airline Association (ERA).

Eastern Airways is a leading provider of flights including routes to and from the UK’s most popular airports as well as a variety of carefully selected European destinations. Eastern operates over 800 flights each week. It was announced on 21 September 2017 that Eastern Airways would enter a franchise with Flybe, starting on 29 October 2017. The franchise will see all flights operated by Eastern Airways carry BE (Flybe) flight numbers. 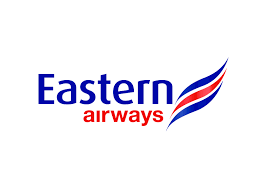 Please note that we are not a recruitment agency – we bring you potential flight deck jobs of interest together into one place. If you have any queries about a specific role, you should contact the airline or agency directly. All job details were correct at the time of posting but may since have changed or been removed. We have no affiliation with Eastern Airways – All information updated is from information obtained from the airline’s website.