Thomas Cook Airlines was a British airline based in Manchester, England. It served leisure destinations worldwide from its main bases at Manchester and Gatwick Airport. It also operates services from eight other bases around the United Kingdom.

The airline held a United Kingdom Civil Aviation Authority Type A Operating Licence, permitting it to carry passengers, cargo and mail on aircraft with 20 or more seats.

It was formed by the rebranding of JMC Air in 2003. Following the merger of the MyTravel Group with Thomas Cook in 2008, Thomas Cook Airlines UK Ltd was merged with MyTravel Airways. 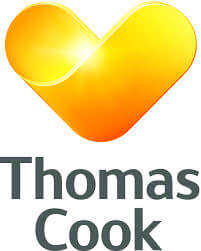 Please note that we are not a recruitment agency – we bring you potential flight deck jobs of interest together into one place. If you have any queries about a specific role, you should contact the airline or agency directly. All job details were correct at the time of posting but may since have changed or been removed. We have no affiliation with Thomas Cook Airlines – All information updated is from information obtained from the airline’s website.